A number of easter eggs have been hidden throughout the Carnivores games.

Most of the easter eggs in Carnivores consist of hidden words and symbols in the area files. 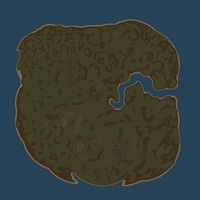 "The Woods of Turan Choks" features the word "Carnivores" spelled out across the northern part of the island. 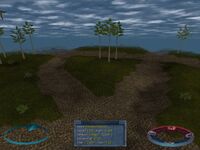 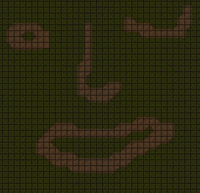 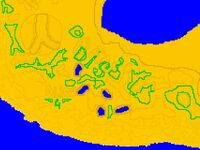 The heightmap of "The Great Lake" features the words "DEN", "DIS", and "ALIEN", and the number "4", in the southwest corner of the map.
Add a photo to this gallery

Carnivores 2 features many more easter eggs then its predecessor, many of which consist of buildings and other structures which aren't visible in software rendering mode. 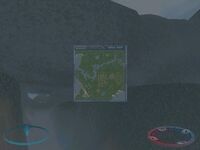 An underwater tunnel in "Vengar Fjords", only visible with the D3D or 3DFX Glide video settings. 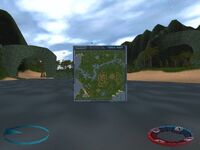 Two arches can be found in the southeast corner of "Vengar Fjords", though again they can only be seen when using D3D or 3DFX Glide.
Add a photo to this gallery

Carnivores: Cityscape features possibly the most easter eggs in the series. 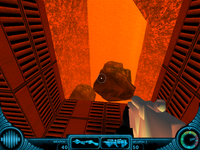 Death In The Streets features a hidden hell area, complete with lava and burnt rocks. 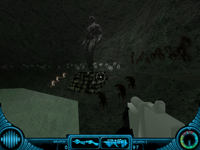 There is a hidden cave in the level The Crash Site featuring Alphadons worshipping a statue of Serious Sam. 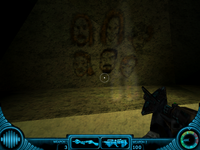 Several faces are painted on a wall of the cave, possibly some of the game's artists and designers. 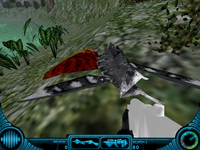 There is a teleporter behind the statue which teleports the Agent on top of one of the Tapejara flying outside. 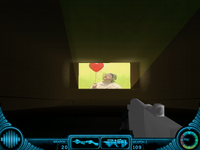 One level features a hidden movie theater with a film of one of the game developers holding a red balloon. 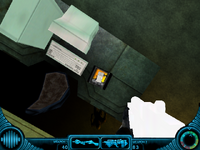 The computers in City Hall have Sunstorm Interactive mousepads.
Add a photo to this gallery

The last level has the corpse of a dead Giganotosaurus.

There is a dumpster that will make the player character pass gas and remark that he has to find a bathroom.

Retrieved from "https://carnivores.fandom.com/wiki/Easter_eggs?oldid=12704"
Community content is available under CC-BY-SA unless otherwise noted.